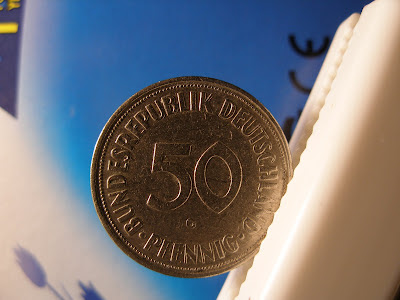 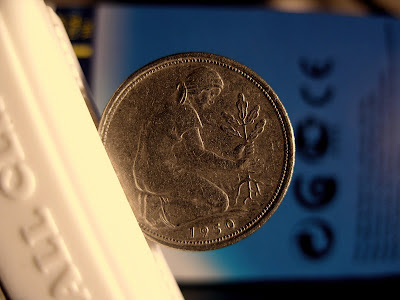 someone gave me this old coin in my change
i suppose it might signify a time when the germans were still hungry long after the war had ended
the late tom smallridge told me how british servicemen occupying germany had to guard coal-trains in the depths of a terrible winter
the locals would send their children to unbolt the wagons' sides if the trains stopped near their homes
knowing this might happen, the soldiers were given orders to shoot them on sight, but never did as far he knew ... tom said those who gave the orders "were typical of their class"
Posted by tristan at 5:52 pm 2 comments: