for the last 36 years, the 26th september has been an important day for me ... this morning i woke twice ... from a dream within a dream

Yesterday I had been thinking about those fish sellers in John Aubrey’s time, who regularly drove a cart from Poole to Oxford, stopping at Shaftesbury and Devizes, and probably one or two more towns, before arriving with the less-than-fresh brain food of the colleges.


In my dream I was in an old town on a steep hill, full of interesting buildings and shops. It was not unlike Shaftesbury, or possibly Faringdon, of which I only have vague recollections. I may have been thinking about our recent stay in Chartres, too, because I went in to a “charcuterie” which was carrying on its trade in what might once have been an old chapel; there were high leaded windows and pillars of alabaster, and even the walls were slightly translucent, although much of the finer carving had been damaged by the butchers’ carelessness with their knives and cleavers over the centuries.


In the dream, someone explained to me that many of the small specialist traders in the town had only survived so long because of the patronage of the great and noble estates on the fringe of the town who made anachronistic demands for old-fashioned goods and services.


In search of further delights, I left that shop in bright sunshine and began to descend a steep cobbled street ... and here the dream made an unexpected transition ... I was now at the wheel of a car, driving through a tunnel … with no lights.


Now this had happened to me once when the lights blew as I switched them on whilst we entered a tunnel in a car that I was driving on a spectacular mountain motorway in northern Spain, and that tunnel wasn’t straight, and so there was no light at the end of it.


But in my dream this tunnel went more rapidly downhill, and became very much steeper, and so I clung to the wheel as though I was trying to haul the car back as its descent became a fall.


Then I was woken from my agitation by someone gently taking my wrists and lifting me up from the pillow of sleep, as if it were from the theatre of the dream … and the person doing the lifting and making the reassuring noises was not my mother, or my father, but my grown-up daughter Ellen … whose birthday happens to be today !


And then I really did wake up from that dream, too, because the alarm was calling me to work !


On the short walk to the bus stop, in the cool breathless night, an owl two-whitted close by in the wood, and then a rarther plump and fluffy fox paused to look at me with sympathetic curiosity outside the door of The Green Man.


I arrived for work feeling as though I had already had a long day.

Editors Note: the extra "r" in rarther is out of deference to Miss Daisy Ashford ...
Posted by tristan at 8:12 pm 2 comments:

the loved one brings a book home which she "wonders" if i might be interested in ... very, as it happens ! 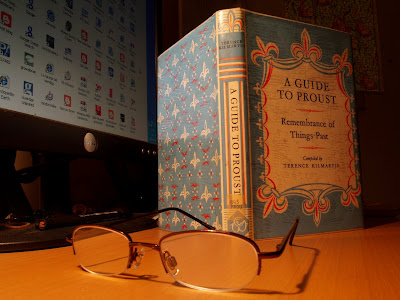 and then a short search discovers this 1991 In Memoriam Terence Kilmartin by Clive James
http://www.clivejames.com/pieces/dreaming/kilmartin
Posted by tristan at 7:35 pm No comments:

Labels: a guide to proust by terence kilmartin 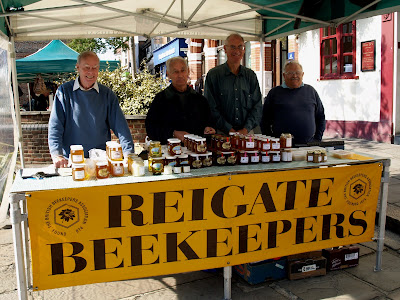 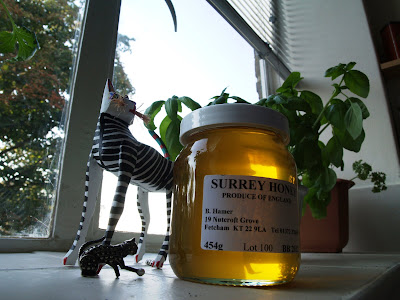 i had spotted these good old boys as i drove in to reigate, and was pleased to find a parking space for the truck close by


i hesitated to read the labels on all of the jars and the feller on the left decided to try his best shop-assistant's technique with the time-worn question, "can i help you, sir ?"


my mind wasn't really in focus, and it seems hard to make decisions when you are at the end of a week of very early mornings, so i sheepishly replied, "i think i need a brain transplant"


"ah !" sez he, with a jolly smirk, "i'm sure our honey would be the ideal medium in which to condition and re-invigorate the donor's newly-extracted brain before attachment to the recipient !"
Posted by tristan at 5:35 pm No comments: 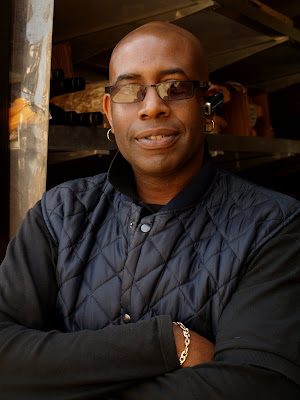 i asked if he had any parting message for his "viewers"

his answer was, "peace and love, everyone !"

you can't say fairer than that
Posted by tristan at 5:28 pm No comments: