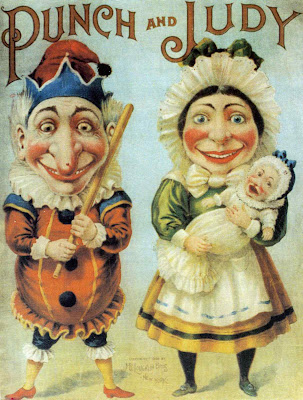 Summing up, Learned Counsel for the Defendant attempted to refute the appellant’s allegations as follows.

In the first instance, the allegation that nearly all house dust is of male origin is unsupportable in fact. Expert testimony shows that 99% of all household dust is simply too fluffy to have issued from even the hairiest male of the species, and that the fluff in question might not have been navel fluff at all, but fur balls coughed up by the defendant’s recently deceased old tom cat.

Secondly, the allegation that the defendant's pillow was always grimy was founded upon evidence which might easily have been falsified if the appellant had simply swapped pillows before the inspection by the adjudicating panel of retired fishwives. Likewise, the appellant herself had ample opportunity to have rubbed in handfuls of soot, ( which she might have purchased cheaply or even obtained freely, using her undoubted charms, from any passing itinerant chimbley sweep ), and that she could easily and malevolently have mixed the said soot with a teaspoonful of rancid margarine before maliciously rubbing it into the defendant’s pillowcase. And anyway, Man Does Not Create Grime, It Simply Follows Him Around.

Thirdly, the allegation that there was more dust beneath his side of the bed was laughable and far from convincing. The defendant maintains that he spends so many of his waking hours in the betting shops and in the bars of the public houses, in both this and the neighbouring boroughs, that there would have been insufficient time for the quantity of dust adduced by the forensic team to have accumulated. He asks the jury to consider the possibility that intruders might have emptied the vacuum cleaner whilst ransacking the property for sweets or cigarettes last Christmas Eve, and might then have swept it hurriedly underneath his side of the bed in order to conceal any trace of their movements before escaping through the french windows.

Due consideration of these doubts and uncertainties would surely, Counsel argued, lead the jury to reject the appellant’s claims for the return of her nest egg and Swiss bank deposit books.
Posted by tristan at 5:07 pm 2 comments: